Please join us in congratulating the

Jack and Eileen Connors have inspired others to give and given through their own philanthropy in Greater Boston for decades. Whether it was answering the call of Cardinal Sean O’Malley to raise over $115 million dollars to renovate and reinvigorate Catholic schools in Dorchester and Brockton by founding and co-chairing the Campaign for Catholic Schools, helping to raise over $160 million for Camp Harbor View, a year-round series of programs to help inner-city youngsters and their families, leading the effort to raise $100 million for the Edward M. Kennedy Institute, or making a signature gift to name the Mary Horrigan Connors Center for Women’s Health & Gender Biology at Brigham and Women’s Hospital, the Connors have contributed and encouraged others to give unfathomable amounts of money to help those in need. In addition, Eileen Connors has devoted an enormous amount of her time towards the creation of Eileen’s House, the only recovery center in the city of Boston dedicated exclusively to women, Project Place, The Sisters of Saint Joseph, The Governor’s Council on Aging, and The Children’s Trust. Jack Connors has also served as chair of the board of Partners Healthcare (now Mass General Brigham) and Boston College, and the Connors have served as board members on numerous other philanthropic organizations, lending their time and talents to ensure that numerous non-profits in Greater Boston thrive.

At not even 10 years-old, Belmond Schwartz of Mansfield, Massachusetts has already proven that one doesn’t need to be a grown-up to have a big heart and a big impact. Last year he organized a food drive that delivered months and months of food to his local food pantry, just in time for Thanksgiving and the holidays. He got the inspiration while traveling with his family where he saw first-hand the pain and hardship of hunger. He immediately wanted to help. His 9th birthday was coming up and instead of birthday presents, he asked for food donations only. But he did not stop at just his friends. He went to work to recruit members of his third-grade class, the Mansfield Fire Department, grocery stores, big box stores such as Walmart, and volunteers to pitch in. Belmond’s efforts caught the attention of local Channel 5 News and the story was then picked up nationally by ABC World News Tonight ‘America Strong’ where he was featured for his efforts. This year he has vowed to conduct a drive that is even bigger and better. And to do so going forward, Belmond, along with his parents, has founded a new non-profit organization called Belmond’s Wish – an organization that will organize free community events to raise awareness and to gather food to help his community. For his genuine commitment to helping those in need, now and into the future, AFP Massachusetts Chapter is proud to award the Big Heart Service Award to Belmond Schwartz.

The Boston Foundation, one of the first and most influential community foundations in the country, continues to lift up critical issues, convening community members, philanthropists, businesses, nonprofits, and policy makers and using that shared knowledge to work toward equity and opportunity. At the onset of the COVID-19 pandemic, in March 2020, TBF established the COVID-19 Response Fund. The Fund made its first grants just 18 days later, ultimately raising $18 million from 1,600 donors and providing flexible resources to more than 325 organizations in communities that were disproportionately affected by the coronavirus outbreak. This year, TBF announced a new strategic vision, Our New Pathway, that is inspired by the triple pandemic of COVID-19, the economic devastation it caused, and the very public exposure of racial disparities present in our society. Our New Pathway guides the Foundation’s efforts to close racial wealth gaps and create a more equitable city and region, working in partnership with other leaders in communities throughout the area. By placing equity at the center of their work, leading with humility, generosity, and authenticity, and valuing the voices, lived experiences, and diverse expertise of our community leaders and residents, the Boston Foundation continues to be an invaluable civic leader in Greater Boston.

As the charitable arm of State Street Bank and Trust Company, the Foundation has been a longtime strategic philanthropic force in Boston, making grants to nonprofit organizations focused on education, college success and employability, emphasizing programs that support economic mobility. In 2020, State Street Foundation engaged an independent, external consulting partner to systematically evaluate its current Boston grants portfolio from a racial equity perspective and in 2021 added racial equity as a core component of its grantmaking guidelines to more effectively address systemic racism in education and employment through its philanthropy.

Fiercely committed to equity, inclusion, and raising revenue to advance the public good, Denella Clark has more than 30 years’ experience managing nonprofits in the arts education, academic medicine, youth development and human services sectors. She also has significant experience with public policy and legislation to help women and people of color. A transformative and respected leader, she currently leads an organization that secures essential funding to support Boston Arts Academy, the city’s only public high school for the visual and performing arts. Eighty-four percent of the school’s students identify as Black or Latinx, and most come from low-income families. Many become first generation college graduates. Over the past six years, she has led the effort to grow the organization from the ground up and raised over $20M as part of a $32M comprehensive campaign. Earlier in her career, she was part of the leadership team for Joslin Diabetes Center’s successful $100M capital campaign, and Dimock Center’s first $25M campaign. In 2015 Governor Charlie Baker appointed Ms. Clark to the Massachusetts Commission on the Status of Women (MCSW). In 2020, MCSW members elected her Chair, making her the first Black woman in the Commission's history to serve in this role. Ms. Clark is also currently serving as Vice Chair of the Board of Trustees for Fontbonne Academy. Of all of her titles, Denella is most proud to be called “Mommy-in-Chief” by her son and daughter.

Suzanne Fountain, Vice President of the Jimmy Fund, has dedicated more than 35 years to help further pediatric and adult cancer care and research at Dana-Farber Cancer Institute. Under her leadership, the Jimmy Fund brand has grown from raising $1 million annually to generating more than $95M annually. More than $1 billion has been raised by the Jimmy Fund during the course of Suzanne’s career. Today, more than 130,000 donors from all 50 states and abroad contribute to 450+ events and programs each year in support of Dana-Farber. Suzanne has spent her career rallying thousands of individuals around a single cause by engaging the community through events. She has nurtured partnerships with the Pan-Mass Challenge, Boston Red Sox and the Massachusetts Chief of Police for decades, and helped launch the Boston Marathon® Jimmy Fund Walk, which is now the largest single-day fundraising walk in the country. Suzanne is not only a superb fundraiser and leader, she is also an active participant in the events she is so passionately committed to—she has cycled in the Pan-Mass Challenge, walked in the Boston Marathon® Jimmy Fund Walk, run on the Falmouth Road Race team. She thanks golfers on the courses and attends and speaks at countless community fundraising events. Her commitment to the grassroots efforts of the Jimmy Fund is inspiring to all who have worked with her over the years.

Mass Gives will return in November of 2023. Stay tuned for more information!

fundraising professional, which spans a wide variety of organizations

that have been touched by her exceptional work.

as a cornerstone of corporate funding in Boston, supporting some of

the most vulnerable populations within the community.

honoring their diligent work to ease the suffering and hardships

of young burn survivors and their families.

to changing the landscape of philanthropy throughout New England,

through diversity, equity, and inclusion.

and for inspiring countless other volunteers to do the same.

and throughout New England, which has not only greatly impacted

their community, but also inspired countless others to give back.

Joining AFP is one of the smartest things you can do to advance your career and your organization. It's one-stop shopping for both staying on top of the latest trends and best practices, and bringing innovative and creative ideas to your organization. 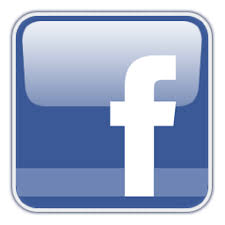 AFP MA's educational programs are brought to you by the Massachusetts Chapter and made possible through the generous support of our sponsors and donors.